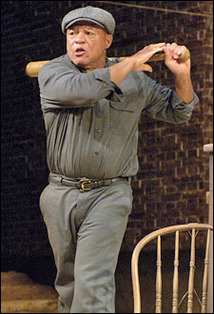 
Troy Maxson, a former Negro Leagues star peaked too soon for baseball’s integration and instead hit the ceiling of racial prejudice. Working as a garbage collector in 1957 Pittsburgh, Troy is resentful of a world that denied him the opportunities for the national success he feels he deserves. Troy’s son Cory, an emerging football star, sees the world through very different eyes than his father, but paralyzed by his bitterness, Troy refuses to support his son’s ambitions. Meanwhile, Troy’s wife Rose yearns for a true outlet for her love, his son Lyons strives for his father’s love and respect, and his brother Gabriel, a mentally-disabled war veteran, offers Troy a different perspective of the world.