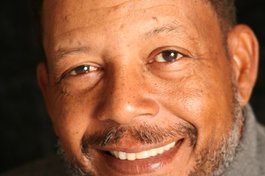 Eugene Lee began working as an actor in the early 1970s and continues to appear on stage, in movies and on television.

In 1972, Lee was a cast member in a command performance of “A Raisin in the Sun” for President Lyndon B. Johnson by the Ebony Players, a college theatrical group. He went on to appear and work in over 200 television movies and series, including “The Women of Brewster Place” (ABC) with Oprah Winfrey; “Dallas” (TNT); “Good Times” (CBS); “The White Shadow” (CBS); “The District” (CBS); “NYPD Blue” (ABC); “The Guiding Light” (NBC); “Quantum Leap” (NBC); “American Crime” (ABC); “The Lying Game” (Freeform); “MacGyver” (CBS); the title character in “Wolf,” an award-winning independent film; and most recently, a character in two upcoming “Homeland” (SHO) episodes.

While traveling with the Negro Theatre Ensemble, Mr. Lee performed in the Pulitzer Prize-winning” A Soldier’s Play” and numerous other works. In 2019, Lee appeared in the Broadway production of American Son. Also, in 2019, he won the Helen Hayes Award for Outstanding Lead Actor in a Play (“Two Trains Running,” Arena Stage).

Lee is considered a “Wilsonian Warrior” for his many appearances in the works of August Wilson, including the Broadway production of “Gem of the Ocean.” He performed in five of Wilson’s 10 plays at the Kennedy Center in Washington, D.C. and in Wilson’s final autobiographical one-man piece “How I Learned What I Learned.”

Mr. Lee’s own characters come to life through his plays, including “East Texas Hot Links,” which has been produced on stages from Los Angeles to New York and London’s The Royal Court Theatre and is published by Samuel French, Inc. His other plays include “Fear Itself,” “Somebody Called: A Tale of Two Preachers,” “Killingsworth,” “Lyin’ Ass,” and the musical “Twist.”

Lee is Artist in Residence and Artistic Director of the Black and Latino Playwrights Conference at Texas State University where he is also designated Distinguished Alumnus.

“The parents—a furious, pent-up Eugene Lee as John Prentice, Sr., and a stoic, frustrated Andrea Frye as Mary Prentice—are excellently played so much so that we begin to realize this play isn’t just about race but also about gender and memory.”

“Mr. Lee’s life-time of performing experience is powerfully evident as he seizes focus while still being part on the ensemble. The enthralling Lee’s folksiness morphs into icy combativeness as the discord amongst him and the Connors intensifies. It’s a supreme display of character acting.”

“And as a police lieutenant who arrives near the end, Eugene Lee makes a powerful figure of a plot device.”

“In common with such other plays as “Ma Rainey’s Black Bottom” and “Joe Turner’s Come and Gone,” this one provides luxurious opportunity for actors of exceptional caliber. On the occasion of this co-production with Seattle Repertory Theatre, where it premiered, all seven actors qualify for that elite class. If I were forced to choose a couple for particular achievement, they would be Eugene Lee as the aggrieved Memphis, owner of the greasy spoon facing demolition in which “Two Trains Running” is set, and Nicole Lewis as Risa, the waitress whose taciturn manner and mysterious self-inflicted scars betoken a woman in a long-term relationship with suffering.

“[Eugene] Lee’s performance is absolutely essential to the film. It is void of satire and parody, a portrayal of a man screaming to understand his urges but choosing to emulate the bishop persona his “flock” know him as. He knows he is a fraud yet continues fighting the acceptance of his own illusion.

‘Wolf’ is a fearless film, one that needs to be experienced by anyone who can find it. It debuted recently at this year’s SXSW to enthusiastic reviews but hit deeper than reviews can measure, leaving little doubt it will do the same regardless of where it shows. An exhausting journey that needs to be taken. A film that needs to be seen."

Andrea Frye (Mary Prentice) and Eugene Lee (John Prentice Sr.) give exceptionally truthful, searing performances. The pain of these two devoted parents has never been more real, and their individual moments of crisis are rendered with great intensity and panache.

“Lee is a magnetic actor who holds attention with a change of posture, a shrug of his shoulders, or a wide-eyed stare of mock disbelief. His wonderfully flexible vocal instrument allows him to become the various people whom Wilson encountered while his body moves in time to the rhythms of Wilson’s language, enhanced by the jazz music that he loved and a brief but expressive passage of Afro-American dance.”

“Eugene Lee, who wowed audiences in the shocking drama Book of Grace, returns with his trademark intensity as Alan, and proves to be a master at building tension, which only makes the play that much funnier in turns. He roars around the stage like a thunderstorm, upsetting the apple cart at almost every turn, turning each moment into something truly intense and thoughtful in the process…In God of Carnage, Zach brings one of the best plays of the last few years and casts it with some of the best actors the city has to offer, and the results are nothing short of awe-inspiring. Each actor plays their part with fine-tuned precision, keeping us on our toes and laughing our guts out all the while as we never truly know where this wild ride may take us.”

“Mr. Lee delivers his lines with relish as Walter, who reveals himself to be generous and caring behind his stubborn exterior.”

“…played with passion and skill by Eugene Lee.”