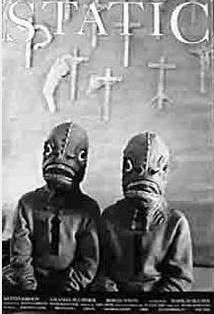 
A quirky, out-of-of place worker at a crucifix factory in the Bible Belt invents a device he claims can show pictures of Heaven. Discouraged and confused by the inability of those around him to see anything but a screenful of static, he charismatically hijacks a bus of friendly elderly people in order to get media attention for his invention.