Guess Who's Coming To Dinner (2013) back to projects 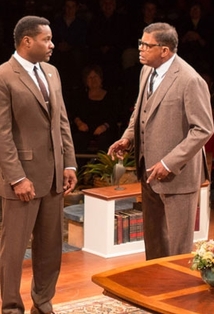 
Guess Who’s Coming to Dinner is the story of unexpected and uncomfortable reactions to love between a black man and a white woman. It brings up the issue of racism from all fronts: the African American maid, the progressive white newspaper publisher, and the elderly African American man. “You still think of yourself as a colored man. And I think of myself as a man,” says Malcolm-Jamal Warner of The Cosby Show in his Arena Stage debut as Dr. John Prentice.